Pakistan Water and Power Development Authority (WAPDA) was established through an Act of Parliament in 1958. It is an autonomous and statutory body under the administrative control of the Federal Government.

The Authority consists of a Chairman and three Members (Water, Power and Finance). Wapda was unbundled in the year 2007 whereby the functions of its Power wing were redefined as Hydel Power Generation and Operation & Maintenance (O&M) of power houses. Following unbundling of its power wing, WAPDA’s mandate is now development of water and hydropower resources in an efficient manner. 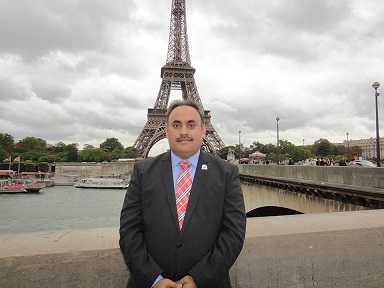 Naveed Asghar Chaudhary
Finance Wing of WAPDA headed by Member Finance, is responsible for all budgetary, financial and accounting matters, exclusively the financing and funds management for Wapda Projects. These functions are wing wise performed by GMF (W), GMF (P) and DGF (B&C) respectively. The financial matters of all three Wings are technically under overall control of Member Finance like preparation of PSDP budget proposals for Water and Power projects, financing of these projects both from local and international monitory & capital markets.